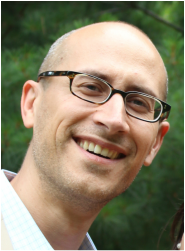 Jonathan's interest for insects and ants in particular started in childhood. He began studying olfaction during his M.Sc. with Dr. Patricia Nagnan-Le Meillour at INRA in Versailles France (1998). After getting his Ph.D. in the laboratory of Prof. Richard Vogt on the development and evolution of insect olfactory systems (2004), he joined Prof. Laurence Zwiebel's group at Vanderbilt University to study mosquito odorant receptors (2008). The function of mosquito odorant receptors and the molecular mechanism of insect repellent action led him to the laboratory of Dr. Joseph Dickens at the USDA near Washington DC. In 2014, Jonathan joined the Department of Entomology at the Hebrew University of Jerusalem to study the neurobiology of insect olfaction. 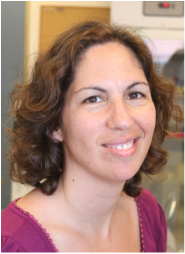 Esther Yakir completed her Ph.D. on the circadian clock of Arabidopsis in the lab of Prof. Rachel Green at the Hebrew University and graduated in 2009. She then worked on extending shelf life of banana fruits as a postdoctoral fellow in Dr. Haya Friedman’s lab at Volcani Center before joining the lab in September 2015. Since then, Ety has been an unwavering engine for good in the lab in all areas of the lab, ranging from lab organization, administrative tasks, scientific ideas, and research findings, and key operational support. 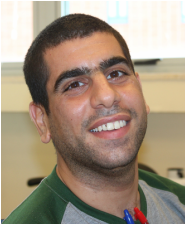 Amir completed his M.Sc. studies in botanics as part of a joint program between Bar-Ilan university and the laboratory of Dr. Victoria Soroker at the Agricultural Research Organization. His thesis examined how physiological and environmental factors influence the olfactory and behavioral responses to host fruit volatiles in the Ethiopian fruit fly. After working in the inspection unit of stored-product pests at the Israeli ministry of agriculture, Amir joined the lab in October 2015 to study the ecological role of mosquito odorant receptors. 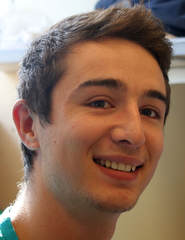 In the summer of 2017, David graduated from the Functional and Evolutionary Ecology M.Sc. program headed by Prof. Vandenkoornhuyse at Rennes University in France. He did his internship in the lab of Dr. Colinet where he focused on insect biocontrol. The same year, he  joined our lab to study the function of mosquito odorant receptors. In 2009, David ​​published his findings about a supersensitive skatole receptor from mosquito larvae, which operate in aquatic environment. 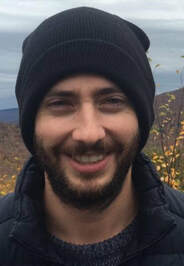 Evyatar started his research in the beginning of 2019. The objective of his research project is to investigate the behavior of Aedes albopictus and Aedes aegypti, which is an aggressive and invasive species in many countries, including Israel. To accomplish this, Evyatar is tracking the trajectories of mosquitoes in real time and in 3D (see here). Previously, he worked as a lab manager in in Gal Ribak's lab located in the Department of Zoology in Tel Aviv University. Evyatar is about to graduate his B.Ma in Science Teaching in Seminar Hakibuzim college. 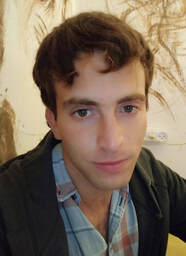 Yechiel started his research in October 2019 under the co-supervision of Dr. Adi Behar (Kimron Veterinary Institute) and I. Yechiel's main interest is the olfactory and chemical ecology of Culicoides imicola, a biting midge that transmits arboviruses to  humans and animals. He focuses on the bacterial community of livestock, which attract these insects. 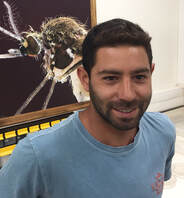 Dor did his BSc in Animal Science and Biotechnology at the Robert H.Smith Faculty of Agriculture of the Hebrew university. He focused his interest on Focused on genome engineering, molecular biology, microbiology and bio- informatics. He joined M.Sc. in Biotechnology in September 2020. Dor will be conducting mosquito genome engineering in my lab and in the lab of Dr. Philippos Papathanos. 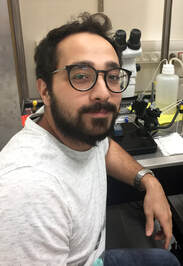 Yuri graduated from the B.Sc. Biotechnology program at the Ben-Gurion University. His first lab experience was in the biosensor lab of Prof. Robert Marks where he studied bioluminescent bacteria. Yuri joined the lab on September 23, 2020 to study the function of insect odorant receptors and their application in biosensors.
Former lab members